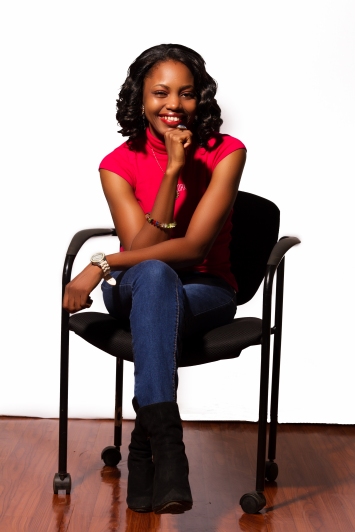 I recently reviewed Miranda’s new book ‘To Die Once, which you can find in my reviews section. ‘ Here is my brilliant interview with her about that brilliant book ! ENJOY!

How were you personally inspired to become a writer and what inspired you to write your most recent creation ‘To Die Once?’ I first took notice when I came across a Christian fiction book (which I can’t remember the title) for the first time by author, Norma Jean Lutz. After she replied to a letter I wrote to her, it only increased my excitement and planted a seed in my heart. As time passed, I forgot about that book because I’d delved more into mainstream titles. God, however, lovingly reminded of who I’m supposed to be. I wrote all about it in a blog post I titled, ‘Why I Believe In Christian Fiction.’

Give us an insight into your main character; what makes her so special to you? Jennifer is a beautiful sweet, tender, and adventurous dreamer, but not on the wild side, and somewhat naïve too. When I picture her, I see a rose. She’s also a Christian. She’s special to me because she wasn’t afraid to break out of the norm for what she wanted and believed in, although, her decisions cost her a lot.

‘What was the hardest thing about writing your debut book ‘To Die Once?’ At first when I starting writing I constantly wrestled with how honest I should make the thoughts/monologue of the characters. I wanted to write a book that exposed the raw feelings of people in the circumstances created in the story, but of course doing so without crossing the boundaries set for a clean/Christian romance read. Eventually, I decided to put the truth out there, as I felt it was important if the message of grace would be understood to the depths that I hoped it would be. When you read “To Die Once,” you’ll get my meaning. Making the decision was one thing, but crafting it so it turned out exactly how I hoped was another feat of its own.

If this book is part of a series, tell us a little about it? This book is part of the Child of Grace Series. There will be four books in all. I’m presently working on book #2, “To Lie Once”, a story centered on Jennifer’s sister, Joyce. It has a “good girl gone bad” feel to it. I’m truly excited writing it! The Child of Grace Series center on God’s redeeming power of grace, told through the stories of these four siblings—Jennifer, Joyce, Matthew, and Charity, in that order.

What book/s are you reading at the present? On my desk I have “Called To Suffer” and “To Be Called A Friend”, both by Patricia Stuart; “The Movement of Crown Series” by Nadine C. Keels, “Love’s Promises” by Sandra Leesmith, and some others.

Explain a little about the Christian element of your book as it features quite heavily throughout, is it a main feature or is to make the reader think about their own faith? Both actually. My writing centers on my beliefs and faith. They can’t be taken out of it. So, yes, it is a main feature. But I also hope my readers will walk away with something valuable. I, myself, have benefited much from the works of other Christian authors. I’d like my books to have as much impact as well. You can find out about my story in this piece, “Why I Believe In Christian Fiction.”

Which actor/actress would you like to see playing the lead character/s from your most recent ‘To Die Once’ book if it were made into a film? Hmm, still scanning my brain for an actor that would do Rodrigo justice. But I think Paula Patton would play Jennifer well.

And finally, any tips to get through the dreaded writer’s block? Ah! That. Well, it’s VERY important to have the general idea of your story sorted out so it’s a foundation you can build on. Make it clear to yourself what you want the expected end to be. That way when you’re stuck you can brainstorm for ideas that will develop the story towards that end. You don’t have to have all the details pinned down at first, just something you can work with. Eventually, as you develop the story, everything will be fleshed out—dialogue by dialogue, monologue by monologue, scene by scene, and so on. Understand, though, that the first draft of a manuscript merely lets you put together your scattered ideas so that the story has a direction. You know what you want and the general idea is clear to you at this point. Subsequent drafts let you flesh out your characters, clean up their dialogue/monologue, tidy the settings and other descriptions, and put your theme into better/sharper focus. When your brain is tired, let it rest for as long as it needs. If you’re sure of what you want but you’re having trouble putting it into words, use resources instead. The internet is great for this as it is a mega database for anything you want to find. I’ve used videos, pictures, scenery around me to help describe what I want when my mind was too foggy to do so itself. I’ve written several simple posts about it on my blog: How To Keep The Creative Juices Flowing.

How can you get involved? 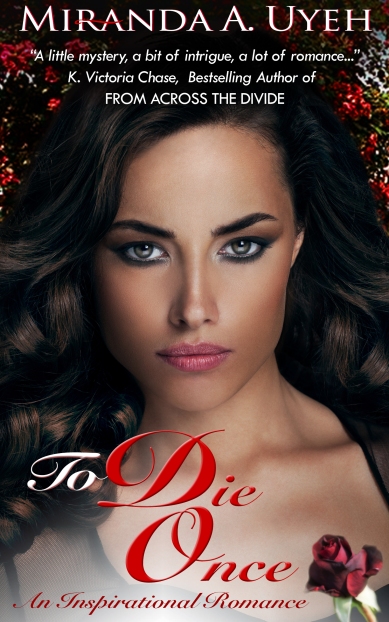 So this is my first time taking part in a blog tour and it is all extremely exciting! My blog has really grown over the last couple of weeks and I could never ever have guessed the growth spurt it would go through! It is only through the support and the collaboration with others such as this author that I can continue not only my self-improvement but help to promote others! So, when Miranda commented on one of my posts asking me if I wouldn’t mind taking part, reading and reviewing her new book and blogging about it, I couldn’t wait to get hold of the book and give it a read! This book was really not what I was expected; but I was honestly pleasantly surprised. So, here you go here is my review of ‘To Die Once.’

The book follows Jennifer a lowly bank clerk whose life is about to be turned completely upside down. Enter Rodrigo Montello, a suave Italian, with a clear-cut suit and an even more strongly cut jaw line. Broad and dark haired Jennifer can hardly stop her chin from hitting the floor. Montello immediately is drawn to her and sets about drawing her in and making him his. Although the chemistry between the two is strong and there is immediately a strong connection, Jennifer cannot help but feel that there is something distinctly dangerous and uncouth about her new suitor, but she brushes it aside. As Jenny finds herself becoming more and more involved she finds her new lover has broken the law; as she promises to love him she must say goodbye to her new lover as he must pay the price for his criminal mistakes. Time passes slowly for the poor Jenny but not wanting to be apart from her new lover she waits. When the pair is finally reunited they are quickly consummated in marriage and move to Italy, to Rodrigo’s roots, in the hope of starting a new life together; perfect eh? But no, Jenny was not mistaken and Rodrigo’s past starts to rear it’s ugly head ready to cause immediate trouble to the two young love-birds. As Rodrigo becomes more and more secretive over his involvement in sinister circles can the pair move forward and keep their love strong? Only time will tell! When Rodrigo suspiciously disappears when visiting London it appears that his criminal past has finally taken him away from Jenny forever; can she remain faithful to her husband? Can she stay truthful to her faith? Or will she find herself crumbling like her life around her! You will have to get a copy and read to find out!

One of the things that I think really sings from the book is its Christian vibes however this is not overpowering in the overall concept of the book or the plotline. Not being a strict Christian I had worried that the style of the book would depend entirely on the basis of religion and that this would distract readers and put them off. However it is an underlying concept that really guides the main character in her decisions causing her to re-think the entirety of her faith and her decisions; can she really rely on a deity to guide her through the hardest time in her life. As I wasn’t reading the book based on it’s religious statements I didn’t find that they overpowered the book but instead guided the reader in understanding the implications of religion on the life of the main character and the difficulty she has in relying on faith alone in the hardest decisions that she will ever have to make. A second strength in the book is that it covers a long period of time; often when reading we are forced to understand the character in a single setting however here Uyeh plays with the use of time to help to really develop the characters. Jennifer, is really given the time and space to develop and as a reader we are able to experience her changing completely from vulnerable to gaining independence and then during the twist that suddenly occurs she is back to the defenceless and exposed character lacking in inner strength and support. By using time is this way it allows us to get a real understanding of how the author wants us to emote and feel for the female protagonist. I think another really strong point to the book is that it really develops the pain and sorrow that is felt; it starts as a shocking pain, something that really surprises us, and as Jennifer continues through the book we feel the sort numbing pain that we can’t quite escape. Until the final scene where it ebbs away and we can finally breath again!

One slight flaw in the book is in it’s believability at times I thought…really? But then I think that depends on the reader as to how you decide on something. In terms of the writing all of the ends are neatly tied up but for me a few things towards the end nagged of a lack of believability however this does not draw away from the main plot-line and is only a minor flaw! I think it really depends on who you grasp things as a reader and this is such a subjective flaw that it may be completely unnoticeable to some readers! This is a well-created and navigated plot line that stuns the reader throughout and really pulls on the emotions! It has everything; love, deceit, faith, hope and anger! One you won’t forget in a hurry! 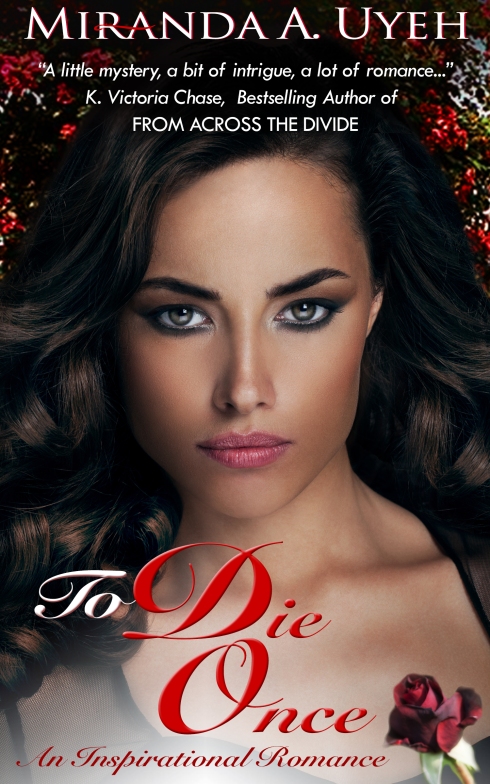