The joys of a recommended book; the stamp of an award, a splattering of stars embossed upon the cover telling the avid and excited reader that this is it! This is a book that has won its accolades and you can be strong in the mind that it’s a stunner, a thought provoking number that will pull you from the very start to the bitter end; oh shucks who am I kidding, you can never trust a book by its cover and this was unfortunately my feelings for NW by Zadie Smith.

NW was a bit of a shock for me, as an avid reader and reviewer for many years I was shocked by its messy plot line and the way that it meandered through North West London trying to show a multicultural portrait of NW London. Set in the area where Smith grew up — the NW of the title — the plot is rather a sub story with Smith favouring building up character profiles as we stumble through awkward and sometimes uncomfortable encounters with a handful of locals.

However there are two central characters to NW’s plot line; Natalie Blake and Leah Hanwell, who have been best friends since they were 4. As they approach their mid-30s they realise they have grown further and further apart. Natalie has thrown herself into work becoming a successful corporate lawyer and changing her birth name, Keisha as she desperately tries to distance herself from her background. Leah works for a charity and remains tied to the hopeless circumstances in which they were both raised. Both, it eventually becomes clear, are uncertain about the directions their lives have taken. Natalie is the book’s most vivid figure, and her struggle to find her place in the world is at times emotional and moving.

The reason that NW confused me and sometimes gave me a terrible headache was its odd structure. Part of the story is told in 185 mini chapters, whilst other chapters do not end! You get to the end of the page to turn over and there is a new chapter with a completely new character! Smith also jumps into conversations mid-thought, and the narrative is fractured. However if you struggle through you will start to make sense of the reasoning.  The effect is overall deliberately disorienting; with the discomfort that the reader feels emulated in the unease that Smiths characters also feel! I found the book hard to swallow however I implore you to give it a go. Although I’m not sure it deserved so many rewards it definitely struck me as something a little different. 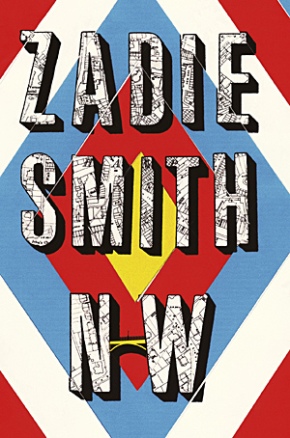