Hellllllo – TODAY IS THE DAY. I’m going to try and attempt to review 1Q84 and I’m a little bit worried about it because it’s such a MASSIVE book to review in one go. I’ll get straight in because there’s so much to squish in but enjoy. Or try.

(ALSO THERE WILL BE SPOILERS I’M SORRRRRYY!!)

A young woman named Aomame follows a taxi driver’s enigmatic suggestion and begins to notice puzzling discrepancies in the world around her. She has entered, she realizes, a parallel existence, which she calls 1Q84 —“Q is for ‘question mark.’ A world that bears a question.” Meanwhile, an aspiring writer named Tengo takes on a suspect ghostwriting project. He becomes so wrapped up with the work and its unusual author that, soon, his previously placid life begins to come unraveled.

As Aomame’s and Tengo’s narratives converge over the course of this single year, we learn of the profound and tangled connections that bind them ever closer: a beautiful, dyslexic teenage girl with a unique vision; a mysterious religious cult that instigated a shoot-out with the metropolitan police; a reclusive, wealthy dowager who runs a shelter for abused women; a hideously ugly private investigator; a mild-mannered yet ruthlessly efficient bodyguard; and a peculiarly insistent television-fee collector.

A love story, a mystery, a fantasy, a novel of self-discovery, a dystopia to rival George Orwell’s — 1Q84 is Haruki Murakami’s most ambitious undertaking yet: an instant best seller in his native Japan, and a tremendous feat of imagination from one of our most revered contemporary writers.

I’m a little bit scared to review this book because I know that T loved it so much and I just struggled with it. It took me almost a year to read and on reading the last 50-ish pages I knew that it wasn’t going to give me the ending I needed. The book started out fantastic, the characters are exciting, the writing style is beautiful. I adored snuggling down and engrossing myself in the depths of Murakami and his writing.

The first part of the story is very plot-driven and exciting. The lead characters are really exciting. Aomame is a really unique character – she’s almost a sim-like character with her lack of emotion and how different she is from Tengo who is this blissfully aware character who is struggling with so many different emotions, events and this constant connection to Aomame. Murakami seems to deal with a number of interesting social issues specifically about the misogyny of Japanese society. The struggle for job advancement and destructive and abusive marriages.

Murakami has such a way with words that allows you to become a part of the story. Even Tengo cooking allows you to see the depth of Murakami’s writing for example.

“Tengo chopped a lot of ginger to a fine consistency. Then he sliced some celery and mushrooms into nice-sized pieces. The Chinese parsley, too, he chopped up finely. He peeled the shrimp and washed them at the sink. Spreading a paper towel, he laid the shrimp out in neat rows, like troops in formation.” 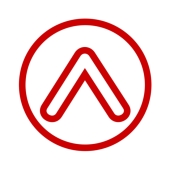 It is like this the entire way through and as we met more and more characters I found myself more and more engrossed in the world that Murakami was creating.

However suddenly the book climaxes to an utterly confusing ending. Aoname turns from this avenger, calculating character becomes a character that is bearing a child waiting endlessly for Tengo who kind of meanders around. The plot is doing nothing also – we’re introduced to the Little People, the crysallis, we’re in the middle of the BUILD UP and then it just kind of gets disregarded. Everything is okay, nothing really FRICKEN happens. What happened, what was the point. WHY GOD WHY?! The first half sets up so many mysteries and less than half of them are explored at all!

So, my thoughts – I know this review is pretty short even though the book is hella long. I think that I could really adore Murakami because I thought the writing of his book was honestly beautiful. I really found myself completely sucked into the writing the style and I think if it was a little shorter I might have enjoyed hella more. I think because I spent so long in the story to have everything pulled away from me just made me angry. I read a couple of reviews that tried to convince me that the author is trying to turn the tale back on the reader – erm no. No it’s just silly. If you haven’t read 1Q84 I would recommend Murakami for the style but  I couldn’t really recommend this tome of a read. It left me a little cold.