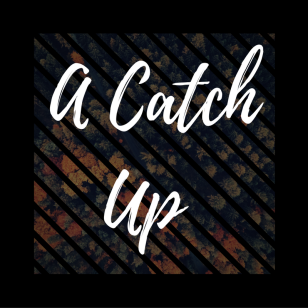 Halloo readers – gah it feels good to be speaking to you because it’s been a bloody while. If you hadn’t noticed and if my page views hadn’t been a massive indicator I’ve been a little bit off the boil. However, I finally have a couple of minutes to tell you why.

Some of you will have known that around 11 months ago T moved to London and I vowed to move there as quickly as possible. Then as the months went on and on, it seemed like my dream of moving to London would never come true. We started talking about T relocating back to Stoke and then finally – I secured a job at a University working in the Digital Content Team.

My first month (ish) in London was squished into T’s tiny room in Islington which was, well – interesting after living apart for 9 months. Then, we moved to the most stunning one bed flat in Greenwich, that costs well…. let’s not go into that.

I can’t tell you how happy I am. A few months ago I wasn’t sure what the bloody hell I was going to do. I’ve wanted to live and work in London since I was 15/16 and since I graduated from University I’ve been applying for prettty much any job going in the hope of moving. Now, I live in Greenwich a place close to my families heart (my Dad was born in Greenwich) and I’m the happiest I might have ever been.

As I write this I have to add we currently have two plates, two forks, a knife and that’s the pretty much the extent of our kitchenware. We’ve had to boil pasta in a 5 year old wok (which is scratched to shit) for the past week and we’re planning a week of pizza for dinner because it’s THE ONLY MEAL WE HAVE EVERYTHING FOR (cutter included.)

But I’m really happy; and as soon as we get the internet sorted (ROLL ON SATURDAY) this blog will be a lot more Lizzo. Massive smile on her face living in London Lizzo.

Also here’s a picture of us in-front of our front door – two utterly broke human beings, exhausted because we had to move a hella load of our belongings in a taxi, but so, so, so happy. 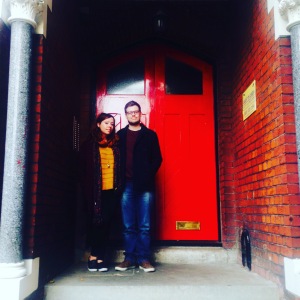