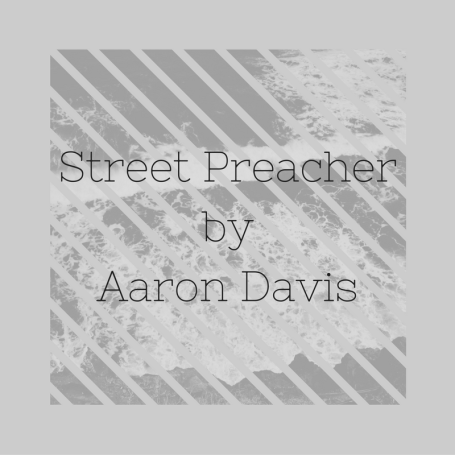 Helllo readers, cheeky little Sunday posting for you. I’ve got a really exciting post for you next week which I’m going to be typing up tomorrow *eeee* but for now, a really super lovely guest post from Aaron Davis and the book Street Preacher.

When John begins shouting his sermons in the middle of crowded downtown sidewalks, his only goal is to collect enough money for some food and a place to sleep.

. . . he finds himself on the path to faith, a path that may cost him more than he ever imagined.

Can you describe your book to my readers in three ish sentences?

Street Preacher is somewhat inspired by Flannery O’Connor’s “Wise Blood” That is to say, I was reading that a lot while I wrote my novel. Mine, however, is about the struggle to find faith beyond just simply saying “I believe” or affiliating with a church. This struggle is observed by various characters that each reflect different views of faith. There is John who is the protagonist. George who has no faith. Marty who is a sort of jaded, ministry-worn sort of Christian. Jennifer is an idealist. And Walter usually comes into the book to speak truth, though he is not without his faults.

Who is your favourite character from the book and why?

My favorite character is Walter, because he authentically loves others despite his own homeless situation. It was tempting to make him perfect so I had to add a bit of pride to him, but I think that is common. Even at our best, we all struggle somewhere.

Is there anything in the book you wish you had changed now that it’s out there in the world; a different sub-plot or maybe a new character completely? (I love asking this question!)

If I were to add more to this book, I would have developed Marty a little more. He runs the shelter, so he cares, but he also has an almost jaded view from working there so long 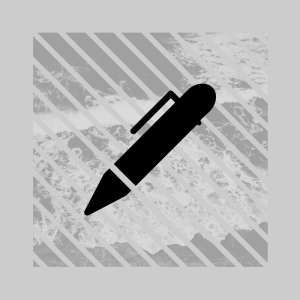 So is this the only book in the series? (Or will there be more?)

This book is not part of a series, no.

Do you have any other books, or plans to write more?

I have two other projects in the works.  I am writing a book of my own struggles with depression and I am writing a novel about a police detective tracking down a serial killer. The theme of that book is vengeance vs justice.

Where can my readers follow more of your writing?

People can learn all about my writing, plus read blogs and poetry at www.authoraarondavis.com

So there we go, a lovely little post with the author Aaron Davis! Have a fantastic evening and thank you to this wonderful author for letting me feature his book on MLBB!

One thought on “Street Preacher by Aaron Davis”