Hellllllllo readers, interesting book today because I picked it up when I was a little desperate in Nottingham? I went to a Hen Do and upon getting the train back to Stoke realised that trains from Derby to Stoke didn’t run until about 2 hours after I had arrived. With no book and no laptop I was a little bit stuffed, so I explored Nottingham (a tiny bit) and found a lovely charity shop and picked up this! So now imma going to tell you what I thought!

Danielle Crosby had a body to die for. A body she sold to the highest bidder. But she ended up paying for it with her life. When a prostitute’s body is found lifeless, mutilated and brutally raped, DCI Annie Carr has never seen anything like it and never wants to again.

Kate Burrows, retired DCI now consultant, has plenty of experience when it comes to murder — after all she caught the Grantley Ripper and broke the biggest paedophile ring in the South East. She is determined to help put the killer behind bars. But whoever it is won’t be easily caught. And when another girl’s body is found, even more horrifically disfigured than the last, it’s clear the killer is just warming up…In a ruthless world where everyone’s out for themselves, Annie and Kate must dig deep if they hope to catch a callous serial killer who knows no limits and makes no mistakes. 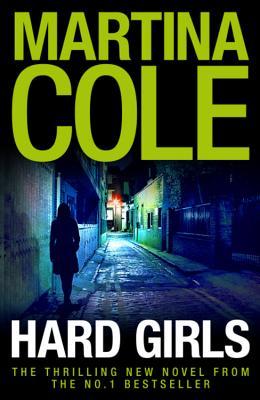 This is my first encounter with Martina Cole and unfortunately I’m still a tiny bit undecided on this book. I’m not going to include too much about the blurb because it is quite extensive. DCI Kate Burrows is living with Patrick Kelly former criminal who has tried valiantly to change his life for Kate (a former DCI who currently works as a consultant on new cases.) When working girls are found murdered in terrifying ways Kate is drafted into help but it turn out the case falls a little close to home. Is Patrick involved? Did he know anything about what has happened? Annie and Kate must work together to solve the case.

So why did I struggle with this? Well it wasn’t due to strong female characters because there are some fantastic female figures in this book. Kate and Annie are fantastic characters – full of strength, vigor and freaking sass. What I also liked was the actual murders – they were scary, they were horrific, it did make me a little frightened and I was very interested in getting stuck into the story, but there were problems.  Many problems.

The problem really is the repetition of the books – many different lines, situations, and meaningful moments and thoughts of the characters are repeated. Over and over again. Although it’s not the same words it feels like you’re reading the same section again. There are two problems to this – one it waters down the tension and excitement and secondly IT MAKES IT SO GODDAMN LONG. It’s almost 600 pages. Like wha.

The second, and maybe the main problem is that the story revolves so much more around the detectives than the murder. Honestly, we don’t even get a murder suspect until 400 pages in? At the beginning it’s really exciting that there are no clues at the beginning as to who it is, but it starts to wane. I don’t want to spoil the plot but the detectives solve the murder less through detecting ie the murders, more so from the relationships they have as detectives if that makes sense? (Just a quick not had totally worked out the murderer so – yeaaaah.)

So, what do I think. I did actually enjoy this and I knew that I would finish this. I did feel like the murder was really overshadowed and even the final reveal was overshadowed because it almost felt like a sub-plot WHICH IS NOT GOOD. But, I know that this is quite far through the series and therefore I don’t know if this was book written for die-hard fans of the series who wanted to see more into the relationship of Kate and Patrick? I think I’ll finish this by saying I want to read more by this author; this one didn’t quite work for me though.