Heeeelllllllo readers, hope you’re well. I decided to do something I haven’t done before really and that was; REVIEW A BOOK I CONSTANTLY SAY I DON’T LIKE. I talk a lot about my dislike of a number of books in book tags, and top ten tuesday posts but I feel like there’s no real explanation and I feel there should be really because you know, someone might be interested. So, without further delay, my review.

Joe planned a postcard-perfect afternoon in the english countryside to celebrate his lover’s return after 6 weeks in the States. The perfect day turns to nightmare, however, when they are involved in freak ballooning accident in which a boy is saved but a man is killed

In itself, the accident would change the couple and the survivors’ lives, filling them with an uneasy combination of shame, happiness, and endless self-reproach. But fate has far more unpleasant things in store for Joe. Meeting the eye of fellow rescuer Jed Parry, for example, turns out to be a very bad move. For Jed is instantly obsessed, making the first of many calls to Joe and Clarissa’s London flat that very night. Soon he’s openly shadowing Joe and writing him endless letters. 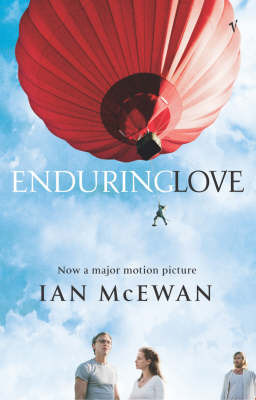 So the book follows two male characters, Joe and Jed who are brought together, for the first time, by their duel involvement in a freak hot air balloon accident. After the incident, the main character Joe, finds himself in the awkward position of being asked to pray by the main antagonist Jed. Being an atheist Joe refuses, politely, however Jed struggles to take the rejection and becomes obsessed with Joe, and we follow as he struggles to deal with his love for him and his deep belief that Joe also feels the same attraction. McEwan tells a tale of their relationship as it goes from slightly awkward to an utterly devastating obsession.

So onto the nitty gritty – in terms of the characters I really enjoyed and also struggled with the characters of Joe and Jed. Jed is a terrifying ‘villain,’ he is utterly disturbing in terms of his eerie nature. At no point does he come across as aggressive but instead it is the nature of his obsession and the way he overtly disrupts Joe’s life that makes him a villain. When we were studying it I remember it being described as like the type of all-consuming love we are constantly shown in movies and television shows but here instead it’s so far consuming that we see almost how far ‘love’ can stretch and the dangers of this.

Joe and Clarrissa help to add balance to the book – I also enjoyed the way that Joe seemed to play the science and rational side of the book which contrasted so strongly with Jed (religion) and also Clarissa who kinda is represented as a dull character, I think in which to help show that with no resistance Joe can’t quite help himself but get dragged into the obsessive world that Jed creates.

Although the writing is really beautiful for me it is so slow; it just lacks the motion to keep the very little plot going. The book very much revolves around the manipulative relationship which for a while is interesting to read but after a while it does become a little slow. I did however adore the use of language – McEwan really managed to build tension and suspense and I loved the way that Joe continuously struggled with his ration brain, and as Jed started to infiltrate his everyday life he finds himself unable to resist the need to stop Jed and therefore engage with him making it all the more worse.

The reason I struggled is because it felt so pretentious and so worthless in the end; although Joe and Jed are interesting, their lives are just a mess of confusion; if I had felt for either of them, at all, I think it might have worked but I just didn’t care about them enough. Even Clarrissa is written in a way that made think for godssake woman what the hell are you doing? Yes we can talk about beautiful language and religion and science but if the characters are so lacking in empathy and humanity it’s not going to engage someone. Not even me who reads classic books just for their language style. This book had so much to give but fell so hard.

One thought on “Enduring Love by Ian McEwan”