Helllllllo readers, hope you’re well and all happy bunnies. I’m on day 5 of dry February which feels pretty damn awesome still although tomorrow could be a struggle after the week I’ve had. However, today, it’s still Thursday but I’ve got a fantastic book to tell you about. Without further Lizzo warbling, onto the review.

Women are turning up dead in the rural outskirts of Virginia, killed in grotesque ways, and when the FBI is called in, they are stumped. A serial killer is out there, his frequency increasing, and they know there is only one agent good enough to crack this case: Special Agent Riley Paige.

Riley is on paid leave herself, recovering from her encounter with her last serial killer, and, fragile as she is, the FBI is reluctant to tap her brilliant mind. Yet Riley, needing to battle her own demons, comes on board, and her hunt leads her through the disturbing subculture of doll collectors, into the homes of broken families, and into the darkest canals of the killer’s mind. As Riley peels back the layers, she realizes she is up against a killer more twisted than she could have imagined. In a frantic race against time, she finds herself pushed to her limit, her job on the line, her own family in danger, and her fragile psyche collapsing.

Yet once Riley Paige takes on a case, she will not quit. It obsesses her, leading her to the darkest corners of her own mind, blurring the lines between hunter and hunted. After a series of unexpected twists, her instincts lead her to a shocking climax that even Riley could not have imagined. 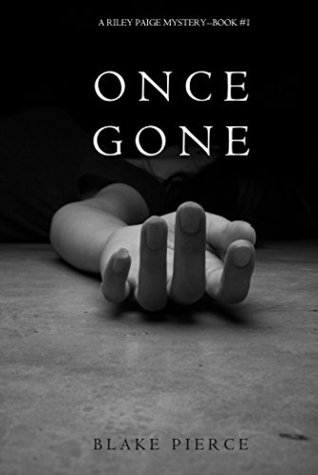 I’m going to do something a little less Lizzy and going to go straight into the review because I think the blurb gives enough away already. The first thing I have to mention is this book was free, and I know what you’re thinking free books are normally a little bit watery. This is full on whack – immediately we are thrown into the action; there’s barely time to take a breath and we’re in the horrifying atmosphere, tied up with a young woman who is terrified for her life. From here we’re taking on a rip-rolling adventure, with red-herrings, murders, terrifying back-stories and intriguing characters.

In terms of the characters we follow the story of Riley and her partner in the FBI Bill. Riley is struggling with her past and a terrifying event that happened on her last case. Currently taking leave from the force she is pulled back to her job needed for her intense ability to put herself in the shoes of the murderer. Her past story is fed into the tale to add intrigue and interest and I did wonder whether I was reading the second book in the series (I wasn’t I must add.) Bill is her lovable partner who has a lot of respect for Riley and constantly supports her. Both help to give the tale depth.

In terms of plot it does move quickly and I have seen a number of reviews that have commented it moves too fast. For me, I don’t think it does although I think an extra 150-200 page wouldn’t have hurt I’m not sure that it wouldn’t have reaaaaly added anything and could have been a little bit of over-waffling so I’m not complaining. The writing is really excellent; it builds suspense and mystery and also weaves in a number of sub-plots that are well-written and add to the drama. The writing is gutsy, full of intrigue and exciting elements. It honestly drew me and kept me there.

The only wobbles come towards the end which I will try to explain without spoiling the plot. We see the backstory of the main character and how it affects her and yet she follows the complete same actions knowing how dangerous it is. I did actually take a minute to stop and say to myself ‘girl – what are you doing’ because it felt like exactly the same actions all over again. Additionally there are parts that feel a little over the top and we do spend a lot of time in the main characters mind for me it worked but only just. It’s a little bit dense.

However the ending is superb and will 100% be tuning in to the next book, if it’s half as good as this one, this reader will be a happy bunny.

2 thoughts on “Once Gone by Blake Pierce”