Hellllllo readers, bit of a sad review today because it’s a DNF book or a ‘did not finish book,’ in non-bookblogger lingo. It’s one of those horrible things when you’re reading a book and you just think I would rather be reading anything, anything other than this. As with many bloggers it takes a lot for me to brand a book DNF but here it had to be: without delay le review.

When Georgia McAllister – self-named fashion goddess, store-branded size twelve – applied for a new job as a CEO’s secretary, she was far from imagining she’d just taken the very first step towards her dreams. It’s definitely not easy to start a new career at thirty – could that even be called a career, by then?

Either way, she got it and she wasn’t letting it go, not even for the latest Chanel clutch she’d been keeping her eye on for months. But she might have to, if she doesn’t gather the strength to deal with Mr. OCD, Mr. All-kinds-of-rude-and-cold, Mr. CEO, Julian von Hauser 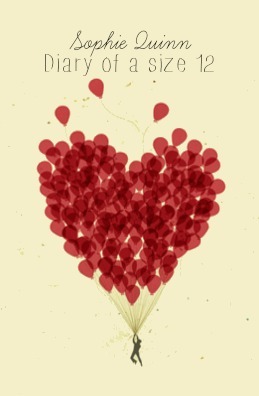 As the blurb suggests the book follows Sophie as she applies to become the secretary for a very well to do fashion magazine. From the very first sentence Sophie and Julian find it difficult to stay on the same page and argue throughout. Struggling with OCD Julian argues with Sophie’s often not so perfect or professional approach to her new job whilst Sophie can’t quite put her finger on whether she likes or loathes her new boss: can’t see where this is going, can you?

That’s a very quick plot-line to sum up, but this book was awful, awfully awful. I tried to read this numerous times because I thought you can’t give up on chapter three but I seriously couldn’t see this through. Firstly the characters are exhausting; Sophie could be summed up in the word oxymoron; one minute she is telling Julian to stuff his job where the sun doesn’t shine and then she’s basking in the attention of a fashion designer. She’s exhausting, whiny and her speech is drivel.

In terms of their relationship which I have to admit I saw very little of, there is a minute where poor Julian is having a panic attack in a lift and Sophie decides to tell him at that moment that she’s decided he has OCD and that this panic attack is utterly normal. What? What? It’s so bad it’s just aggravating. Additionally I wouldn’t be utterly surprised if I found out that the author didn’t read a single sentence back before uploading this; not only were there grammatical errors on every single page the author tended to add her own words like – screwerer? or millimetricaly?

I’ll bring this review to an end soon but I thought there was definite promise here in terms of the ideas; the use of the size 12 and the idea of Julian needing Sophie and their relationship blossoming despite this (I assume) but there were too many issues. Character’s that didn’t deliver, a lack of understanding of spelling, grammar and the totally lack of care when writing about OCD and panic attacks was difficult to read. I couldn’t finish this and I won’t be trying again.

3 thoughts on “Diary of a Size 12 by Sophie Quinn”