Hellllllo  readers, I’ve forgotten what day of the week it is I’m so tired – recently I’ve been struggling to sleep. I remember as a teenager seeing so many social media posts ‘I can’t sleep damn insomnia,’ and ‘I’m so tired I can’t even remember what sleep it,’ etc etc. I was always one of those cocky buggers who could fall asleep as soon as their head touched the pillow. Not this week though. Every night I’ve been up till four am so tired it hurts to shut my eyes, but unable to sleep and it has been, well horrible, and exhausting. I stayed one night at T’s and he found me sobbing at 3am. What’s wrong he asked, like a small child I just whined ‘I can’t sleeeeep.’ The benefit is, many many MANY hours of reading time – and I found the perfect book to get me through the long sleepless hours. Enjoy.

An attractive thirty year old professional woman leaves NYC after being attacked there and finds a new job by the seashore. She has to decide whether she will date her ex-boyfriend or a mysterious new man she meets on a bus ride. Filled with passion, emotion, romance and the excitement of a summer by the sea… 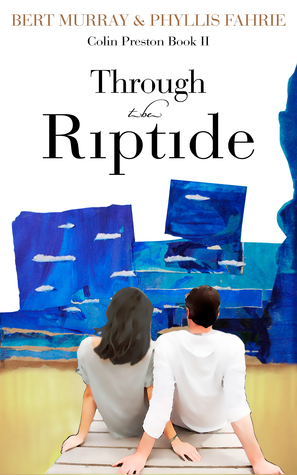 Before I fall asleep I’m going to put this review together but forgive me if I warble a little I am zombie status. The book follows Lindsey who after escaping the terrifying act of sexual assault, decided to escape to Manhattan to recover and re-establish herself. Karl her ex-boyfriend asks whether she would like to start working in the Hamptons although warned by her mother the danger of returning to what she knows best she accepts the offer. Moving to the Hamptons with its gorgeous beaches and a new lifestyle Lindsey begins to fit in but it isn’t without its troubles. We follow Lindsey as she attempts to forger her past and move on.

Before I get into the nitty gritty I want to pause and say that this isn’t the first in the series but this definitely stands alone as a novel; there are hints of backstory but it isn’t told in so much detail that  you feel you’re missing out which is always a bonus. It’s written really nicely; I normally hate that word but it has a pleasant relaxed feeling which I really needed. I was impressed by the authors ability to write from a different gender’s perspective I think it can sometimes be done badly but here it was well mastered and Lindsey comes across as a really delightful and personable character. I rooted for her throughout and found her very easy to relate too which is always brilliant. I found the mix of her re-building herself mixed with her potential new relationship an exciting plot to follow and one I really enjoyed.

The writing is compelling and moves with a sense of pace – keeping very steady but it flows which is perfect for this type of book plot. I liked the little additions and although I don’t want to give too much away the toying with the state of her relationship with Karl and her building relationship with Colin leads to an intriguing tale. I thought there was a great attention to detail and building the story rather than just the characters. Although I love character build up and think it’s really important I thought that the story was built too rather than being left to fall on the strong shoulders of the characters if that makes any sense. I thought the use of sexual assault and the re-building of our character after that was done well and handles really well; it did worry me a little at the start but I needn’t have.

Couple of little wobbles for me as a reader, I thought that Jasmine was difficult to warm to and I would have like to see more of her because I didn’t feel I really got to know her intently. Maybe it’s just me but it was a shame as she is/becomes Lindsey’s best friend. I don’t want to give away too much but I did feel I missed out a little on Colin and Jasmine due to not reading the first book; I found that Karl was built enough to not need that first explanation of their characters and seeing them grow but that’s I guess my fault for not reading the first.

Overall this is a really pleasantly written book with some lovely characters and a really interesting plot-line. The pace is strong and the writing clean – a brilliant, lovely little read.

3 thoughts on “Through the Riptide by Bert Murray”