Is it me or is the fantasy genre becoming ever more popular? I might have to filter how many I read because there are just too many for me to get my tiny hands on. I don’t know what it is about the fantasy genre that irks me so much but it just doesn’t appeal in the same way as a thriller or a historical fiction does. I find myself reviewing almost from the point of view that I enjoy this genre because the writing is sublime or the characters are really well described it’s just the genre? Is that odd? Maybe I’ve got book brain at the moment. Despite that ramble today I have, yes you guessed it, another fantasy style book and it’s a good’un all fantastical writing and all that. Without further delay: THE REVIEW. 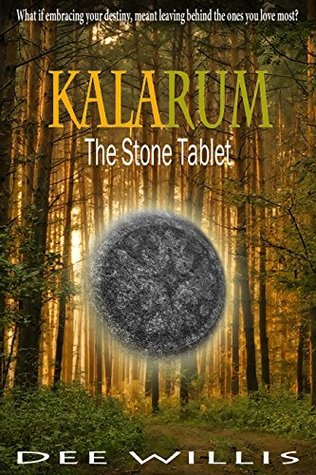 The Land of Kalarum is in the mist of the Dark Hour – a time that was prophesied centuries ago – and to defeat it, the stone tablets must be reunited as one. After the attack on Tinsgates, Belcrest barely escapes with his life. Severely wounded he makes his way to Hollow Woods. It is there he meets Nasira – High Captain of the Vycar Legion. Unknowingly, the evil creatures that attacked Tinsgates had stolen one of the tablets. Unable to reunite them all, the Elven Chieftain tasked them with gathering the remaining stones. Since the tablets were dispersed to various races within the land – which they had no clue existed – they had to rely upon legend to guide their journey and quickly the 19 year old Nasira learns that the land she had known is full of mystery and shocking truths. Legend and myth become reality and there is no turning back from the road she must now travel.

So the basics: we follow the journey of the elven warrior Nasira and the human Belcrest (that’s going on my list of names for future children,) as they fight to bring the tablets and the two nations together. One tablet is lost and it is feared that evil forces have taken it under their possession; our heroes must fight to keep the remaining three from also being unaccounted for. I thought this book was a really fantastical story; it’s got all the basics, dwarves, elves, humans, creatures, prophecies, magic, and destiny: you know the drill right? Each is written with understanding and dexterity the elven are particularly graceful, delightful beings with their pointed ears and their extensive knowledge of war. I however liked the dwarves a little more; hot tempered and heady creatures their language and their mannerisms kept me captivated as a reader.  Belcrest is sweet and loyal, as he learns from Narisa and their friendship blossoms in a really wonderfully honest and trusting way. Being the sole survivor of his village we see him have to quickly take up this new role which is so important for the survival of the worlds and I thought it was written with skill and understanding.

In terms of writing style it is stunning, utterly utterly stunning and I think that’s the main reason I keep delving back into this genre.

For example, ‘as dusk approached, on the other side of Kalarum, the two moons were beginning to take their place in the sky. The splash of color melted across the land from the rising of the moons and the setting of the sun. The tiny granular rocks below reflected a dark orange color and many of the finer granules sparkled like crystals from the soft touch of the moons light.’

That description really helps to transport you to this new, exciting, fantasy world and I guess that in my love of historical fiction transports you to a different era fantasy takes you to a new world? Definitely got book brain at the moment I would say. Anyway I liked the message that was woven throughout the action, the fantasy characters and the beautiful descriptions; the message that despite differences in race, and ability Narisa with her weaponry skills and Belcrest with his awareness of goodness and honour make a strong and dependable team. I think my only comment would be there’s not quite enough to make it feel wholly original.

I’ve gone on a long time again so I’ll make this a little snappier: it seems that Dee Willis has really written a truly fantastical novel with some really strong writing flavour. The emotions that are created, the landscapes that are described and the ultimate battle of good versus evil is a true fantasy tale. Definitely one for the fantasy genre lovers.