Helllllo readers, something a little diferent today because I don’t normally post a review on a Tuesday but I had the wonderful opportunity to take part in another of the Neverland Blog Tours and I couldn’t say no to this one. I adore historical fiction, not that I’ve read a lot of it recently but I really was excited to get my teeth stuck in and get reading, without further delay onto le review.

To have and to hold?

Reluctant debutante Lady Clarissa Macpherson has never forgotten the forbidden kiss she shared with notorious rake, Lord Theodore Bennett, all those years ago. Even now, he’s the one man who sets Clarissa’s pulse racing and her skin tingling – no matter how hard she tries to ignore it!

Yet, when Theodore rescues her from the unwanted advances of a drunken Lord at a society ball, she finds herself in a most scandalous predicament – engaged, to the most eligible bachelor in London!

Wedded? It appears so, but bedded? Clarissa demands more from her marriage than simply surrendering to her new husband’s sexual desires, especially when she realises she’s falling deeper in love with him every single day. Theodore must prove that she’s the only woman for him – and surrender his heart! 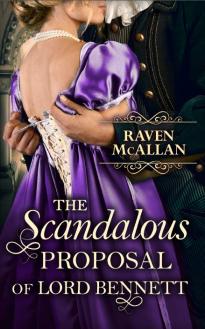 First point I want to make is this blurb is great; I moan about this every so often but sometimes a blurb can really stop me from reading a book but here it really just piqued my interest. As the blurb suggests the book follows Lady Clarissa Macpherson who doesn’t have any plans to wed, in fact there’s only one man that really has her heart. But, at a ball where she is rudely accosted by a drunken attendant of the event, the man she has desired for many a year comes to her rescue. How darling. However when the two are found together alone Ben covers the situation by insisting that the two are betrothed.  We watch as they wed and the two continue to battle with each other; she’s sure he will never change his bachelor ways but Ben is desperate to prove himself to his new wife that he has changed. Let battle commence.

Those are the back-bones of the story so let’s fill in the good bits. I thought the writing was really well done, just enough pull and give to the story and I thought what was different was that the book really follows the two’s married life rather than the build-up. I thought this worked well with the historical fiction genre and allowed a deeper look into the characters. Both main characters are well writing and Ben is a class act. He’s got a very blunt way of communicating which led to a number of giggles on my part which I really enjoyed. I thought the mixing of what they want from each other made for an interesting read although definitely led to a number of conflicts; he’s a lot more into the physical side (men eh) she wants the cosy relationship (figures.) In terms of speed the writing keeps a steady pace which works here because it’s not blistering action so it fitted the genre well. 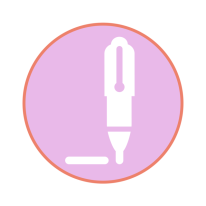 In terms of wobbles the communication between the two gets tiresome quite quickly. She’s very quick to judge and although there is reason for that poor Ben doesn’t really stand a chance, bless him. Clarrissa is a little tiring and squawky and she hit all the wrong notes with me but she does develop and mellow into her role and I found her story interesting to read although tough to begin with. I would say also, although this is to be expected if you’re looking for a tale that keeps you on your toes this isn’t really the book. Romance can be a little self-explanatory but that didn’t mean I liked it any less.

Overall I enjoyed reading this despite the few wobbles. I did find their volatile relationship a little tiring at times but this was relaxing and enjoyable read and one that’s perfect for a snuggly Tuesday night wrapped up in bed.