Helllllllo readers, I have for you today, a really interesting guest post. A year or so back I posted that I really wanted to get more guest posts and show off other bloggers on MLBB but it never quite worked out. I posted a number of fantastic posts but they seem to have all dried up a little. However, when Hilda emailed me with a number of really interesting topics and a compliment or two for the blog I decided to see what she could come up with and here it is. Eight banned books that I think you will enjoy reading a little more about. Thank you to Hilda for writing to me, and for this post.

A Guest Post: Eight Banned Book we think you should really read!

The banned books existed from the time of their occurrence and if you look at your book shelf, you will surely find some that for one reason or another, were censored. This article tells about the books that have been banned but that are definitely worth reading.

Ernest Hemingway “A Farewell to Arms”

This is a partially autobiographical novel about the events of the First World War in Italy. It was published in 1929 and immediately aroused controversy: in Boston it was seized from kiosks for sexual, “vulgar” content, and in Italy – for the army retreat description at the Battle of Caporetto.

This may sound surprising, but “Alice in Wonderland” was banned in China in 1931, as the governor of Hunan province has established the rule that the animals cannot use human language and threatened death to anyone who dares to equate humans and animals. 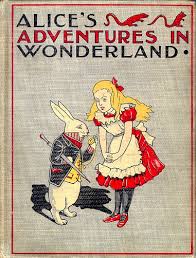 Erich Maria Remarque, “All Quiet on the Western Front”

Exciting and bleak picture of life on the German front during the First World War in his novel was seen by many critics as a major anti-war thought. It was banned, and in 1933 – 1945 years in Nazi Germany it was burned.

Because of the scenes of sophisticated violence the novel “American Psycho” was the obvious target for censorship. It is still prohibited in the Australian state of Queensland. It is packed and sealed with the stamp «R18» (category restrictions applied by the Australian Film Classification and literature) in the rest of Australia and New Zealand and the sale was strictly limited in Germany in 1990.

Based on a true story of gay penguins from the New York Zoo, this innocent children’s book angered a multitude of organizations, libraries and individuals in all the United States. It often appears in the list of banned books for different reasons being described as “anti-family” and “unsuitable for the given age”.

The allegorical story by George Orwell about corruption in Soviet Russia was banned in the Soviet Union until 1980. The story in it is carried out on behalf of the animal farm farmstead. Due to talking pigs as contradiction to Islamic values it is also banned in schools of United Arab Emirates in 2002.

Anne Frank, “The diary of a young girl”

A “Diary of a young girl” is a real diary of Anne Frank, a Jewish teenager, who hid from the Nazis with her family during World War II. She died in a concentration camp, but her diary was published posthumously. Various organizations argued about it in the United States, including members of the commission on textbooks Alabama who claimed it to be “a real downer”.

Ironically, this novel about banning books in a fantastic community leading consumer lifestyle, published in 1953, was banned itself on several occasions: in 1990 it was banned in one of the school districts in the United States for use of the word “damn” and previously it is also argued about because of “problematic issues’ (censorship, repression and religion are only some of them).

15 thoughts on “A Guest Post: Eight Banned Book we think you should really read!”