1) Would you  rather… Drop your favourite book into the toilet OR watch it fall into a wood chipper?

Well both of those options are a little painful but I think I would have to go with the toilet option because there’s more potential for survival there. They’ll be nothing left but confetti with the chipper

I think this is a horrible question, what do you mean I won’t remember anything? I think I would have to go with the 100 books because I guess as soon as I finish it I will get that feeling of satisfaction even if I can only savour it for a moment.

Both are terrible because either way you’re not going to get a lot from the book but if I had to pick one, the first because you get that excited, new book, new plotline, new characters feel.

I think the library because if I was locked in the bookstore once I was let free I would want to buy alllll the books I had found and my bank balance would start crying. So library. Plus comfy seats!

5) Would you rather… Drop your book in a lake OR accidentally set it on fire?

What am I doing which would lead to these occurrences? Neither are particularly helpful when attempting to read a book but I’m going to go with lake due to chance of survival

Ooooo I think heart-breaking ending. I love a book that makes me sniffle a little and I haven’t read one in a while now. Ending on a cliffhanger would be unfair I think

I think spoiled, I would just have to know what happened at the end of the book. I have had books ruined by spoilers and although not particularly great, it’s not been the end of the world

8) Would you rather… read only one genre forever OR never repeat the same genre after reading it once?

They didn’t call it the hardest would you rather for nothing did they? I think it would have to be the same genre because I would run out of books rather quickly otherwise.

Ah this one is quite difficult because it depends wholly on the book. I think maybe the main character to mix it up a little.

I think there are a lot of books that definitely fit in both of these categories. I think though I would have to pick love a book that everyone hates because I’m reading something that I really enjoy right?

12) Would you rather… loan a book to a friend who’s known to ruin books OR drop a book in a pit of snakes?

I lend books to friends I know I’m never going to get them back from because I tend to believe that as long as I’ve read it and the person I’ve loaned the book to reads it and gets something out of it then it’s done its job. I abhor snakes so there’s no way I’m going near

13) Would you rather…. Be stuck on a deserted island without a book OR be stuck in a library full of books in a language you can’t read

Oh that’s not fair is it? I think potentially stuck in a library full of books in a language you can’t read because 1) it might force me to learn a new language, and 2) I really do not want to be stranded on a desert island alone thank you very much

Well I’m currently reading Haruki Murakami which in total (my copy is all three in one) is over 1300 pages so I’ll bring that one. Might finally get it finished!

I think find out my best friend hates my favourite book because I love a good bookish debate and we could have a conversation and why we both love/hate said book. 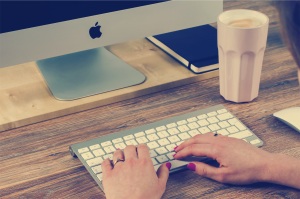 So, there you have it my wonderful readers, a truly horrible would you rather that really made me think. I now tag anyone with the word book in their blog title, (mwahaha) to complete this rather horribly difficult tag.