Afternoon readers, finally another classic book review for you today. I received this book from Mumma B a couple of months ago when we were shopping for a bookmark in Waterstones. If there was medal for losing book marks I would win first prize. I’ve bought a wonderful metal one shaped as like an @ sign to mark “where you’re at” in the book which I thought was rather lovely. Mumma B picked up a copy of this book at the till and passed it over for me to read and to pass onto her when I was finished. It’s taken a little while to get this read but it’s a truly wonderful book that definitely deserves a read. 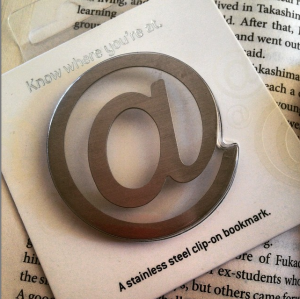 ‘Shoot all the bluejays you want, if you can hit ’em, but remember it’s a sin to kill a mockingbird.’

A lawyer’s advice to his children as he defends the real mockingbird of Harper Lee’s classic novel – a black man charged with the rape of a white girl. Through the young eyes of Scout and Jem Finch, Harper Lee explores with exuberant humour the irrationality of adult attitudes to race and class in the Deep South of the 1930s. The conscience of a town steeped in prejudice, violence and hypocrisy is pricked by the stamina of one man’s struggle for justice. But the weight of history will only tolerate so much. To Kill a Mockingbird is a coming-of-age story, an anti-racist novel, a historical drama of the Great Depression and a sublime example of the Southern writing tradition. 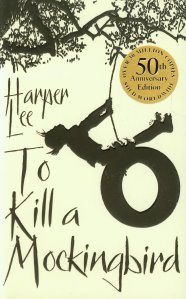 This is a stunning book, told through the eyes of a wonderfully educated six-year old girl with the prose and style of an adult. The book, set in a small fictional town in Alabama documents her father’s determination as a lawyer to prove that Tom Robinson accused of raping a white girl is innocent. This surrounded by a wealth of interweaving plot lines, the troubles of going to school, the arguments with her brother Jem (who I adored) and her Aunt’s belief that she should be brought up to be as like a lady. Despite this the two children, Scout and Jem, grow up in a happy environment. The book is a constant babble of interesting storylines about the small town , gently but definitely portraying the extremes of racism that was suffered by the black people of the town and defended by the white liberal lawyer Atticus and the problems and prejudiced views this caused to both.

The writing is sublime and the characters lift effortlessly from the page. Scout is stubborn, bossy and nosy but she is an adorable character, quick to learn and loyal to the bone. Jem is also a delight a little more understanding and little older than Scout he teaches his sister and keeps a watchful eye although often also getting them into trouble. Dill is erratic and emotional but I adored watching him intermix with the two siblings. Each of the characters, Tom, Boo, Atticus are all well-built and given incredibly strong profiles. It’s a delight to read. The writing style and the way the characters talk is evocative of the time and you can almost hear the American drawl in their words.

To Kill a Mockingbird, an evocative title for the book, focuses on the gut instinct of right and wrong and that doesn’t just mean by the law. There is a very interesting scene between Atticus, Scout and Jem where they discuss the trial and we get to the see the inner-workings of Atticus defending Tom Robinson and his teaching of such morals to his children. The novel does discuss and talk about a number of issues along the thought of prejudice, violence and hypocrisy and this is constantly juxtaposed between the thoughts of the town at the time and the rational and educated mind of Scout taught by her father. Despite this her narrative voice is often innocent and wonderfully blunt.

The book is difficult to sum up in a simple sentence; although this one from Atticus works rather well

“It’s when you know you’re licked before you begin but you begin anyway and you see it through no matter what. You rarely win, but sometimes you do.”

It’s a mixture of comedy, tragedy and the workings of every-day life. It’s a book about people and the issue of race and prejudice. For me I fell for the writing of the book and the stunning character profiling and the dialect that is conveyed. It’s a wonderful and beautifully crafted book that will stay with me for a long time.

7 thoughts on “To Kill a Mockingbird by Harper Lee”