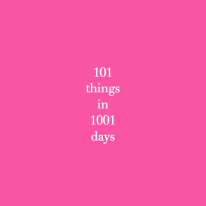 On Thursday the 19th of May, six wonderful friends travelled to Manchester in preparation for an early, yawn-inducing, flight to Copenhagen, Denmark. Denmark may not be the first country that comes to mind when envisioning a ‘friends holiday’ but the image of six, recently employed graduates, struggling round one ageing laptop and eating Sainsbury’s basic salt and vinegar spirals may help. The headline would read “Stony broke recently graduated human beings try to escape Stoke-on-Trent.” Three hours, a headache and one rebooked flight later we had secured a three night stop over give or take one flight, one of the nights in a hotel and any idea of getting to the airport.

Friday morning full of the obligatory cooked breakfast and a vodka and orange (with at least one shot incorporated) we boarded the flight and two hours or so later we arrived in the bustling capital. As I nearly caused a queue meltdown, mistaking out ticket numbered 006 for 900 and nearly queue jumping over one hundred people we boarded the train to the hostel. Checked into our darling, quirky hostel our minds turned to food and our second drink of the day.

We ambled down the stunning cobbled streets of this wonderful city. The streets were incredibly beautiful and I was shocked at how many cyclists were on the road. A number of times cyclists rang their bells to get us to move out of the way and make room. We ended up finding ice-cream, going to an Irish bar and the hostel and drinking a lot more than we thought we would. A day well done in my eyes

On the Saturday it was the birthday of the wonderful Ollie Birch. Deciding to explore the city and make our way to a number of Botanical gardens we set off into the city. Accidentally veering off course we spotted three swan pedalo’s and with the sun streaming down on us we took to the water. At one hundred Krone for the hour (five pounds each) we spent the next sixty minutes pedalling up and down the water, chasing each other, naming the swans, and generally causing a great deal of trouble. The park was beautiful and we could see the runners sprinting round the water, gearing up for the Copenhagen Marathon scheduled for the very next day.

Leaving the swans, with not too many scratches, we made our way to the Botanical gardens. Filled with every flower you can imagine, poisoned, flowered, blossoms, we entered the greenhouses that were hot and humid and spent the time spotting tiny little orange frogs. Tom and Harry continued their want to re-create statues and artwork from around the city and many giggles were had as they attempted the regal poses. That evening we hunted out a bar to watch the Eurovision Song Contest. Drinking cider, diet coke and red square vodka and singing along to the acts we finished the night in a local McDonalds. Bang on.

The next day, we finally sought out the Little Mermaid statue. Although we decided not to really plan every day to the minute it was the one attraction that kept being mentioned when people learnt of our trip to Copenhagen. Not before our first Danish pastry and coffee for breakfast. Walking down towards the coast line we spotted a little café; orders ranged from chocolate and custard to croissants to covered in coloured sprinkles. I chose a terribly sweet pastry covered in little seeds and a black coffee and it tasted oh so wonderful.

We passed the harbour, a replica statue of David, a number of fountains, boats and the weather really picked up. Beautiful sunshine splayed out across the harbour. The little Mermaid although beautiful was squandered by the sheer number of people desperately trying to climb upon the statue but we had a good view and she is a wonderful statue to say the least. We spent the rest of the day exploring; we found a windmill, an old abandoned army barracks, a memorial, saw the Marbled Church and ate loaded open sandwiches.

We spent a lot of the trip exploring and walking around the vast and beautiful city and it felt so wonderful just to see it without any preconceptions.

Later than evening the city was incredibly busy but seeking out a restaurant we were lead to the back of the establishment and taken down a number of steps. Realising a little later that we were in a completely different restaurant we ordered and were quickly dismayed. The food was cold, wrong and damn right horrible and the female pirate model in the bathroom who had lost both of her arms was the last straw (although cause a lot of giggles.) We quickly left, with a little money off the bill and went to find some drinks. Finding a bar we asked if we could have the menu the reply ‘We do whiskey, gin, vodka, what more do you want?’ went down a storm and we spent the rest of the night in the hostel bar, drinking Piña coladas (renamed Penis Colliders,) doing tequila shots, and playing pool and air hockey.

One of the more surreal adventures along our trip was a boat excursion to an abandoned fortress set upon an island. We stumbled upon the chance to go thinking that it would be an informative trip and we would learn a little more about Denmark and Copenhagen. As we neared the fortress it soon became clear that this maybe wasn’t the place you would like to be left for two hours waiting for the boat: it honestly looked like a still from Shutter Island. We entered the fortress and read a few of the informative signs. However as we wandered through it felt as though they had just run out of money. The ceilings were covered in both stalactites dripping down onto the grubby floors. Harry decided around this time to pretend to be a terrifying zombie and scare the living crap out of me. His zombie impression is perfect to say the least saying that

On the suggestion of the boat guide we went down a staircase into the cellar. There, there were no lights, and odd noises echoed through the rooms. Inside were odd pieces of materials, rusty pipes, old machinery and linen. It was terrifying to say the least. Deciding to film our endeavour, Sarah’s camera decided to corrupt the video adding more fear and after I stepped on something and shrieked loudly we ran back up to the safety of the light. Deciding the café was better for us, we spent the next hour drinking frothy hot-chocolates, fluffy chocolate cake and cooing over a six week old Labrador puppy named Melly.

Deciding to venture back into the fortress, we found a bike, albeit with a flat tire and decided to teach our friend Harry to ride a bike. With Tom and Ollie grabbing the back and Sarah, Dani and I screaming “pedallllll” we all fell into fits of giggles as Harry *cycled* through the musty fortress.

We spent the rest of the afternoon talking in a tiny little bar, drinking cider and coffee with baileys and set out to find somewhere for dinner. We ended back at the first restaurant we found on the first day, and truly loved reminiscing about our trip.

It’s a little difficult to get it all in but I honestly had the most wonderful, wonderful time away. Not only did I have an incredible time seeing a stunning, exciting, interesting city but I did it with the most wonderful people possible. I haven’t managed to get everything in (we did so goddamn much over four days) but hopefully you’ve had a little insight into our trip to Denmark. 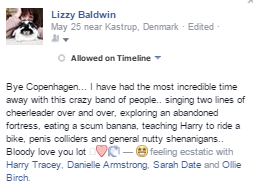