Good afternoon readers and a happy Monday to you all. I have so many things to tell you about Copenhagen however for now a really exciting book review. It’s the first time since starting a book blogger that a publishing house of such calibre has got in contact with mylittlebookblog to ask for a review.  Little old me blogging from my tiny terraced house in my sonic pyjamas and a my over-washed woolly jumper was approached by Penguin. Now, for some of you this may be a daily occurrence, but for me this is one of the most exciting things that has happened all year. What adds to this, is the book they sent was fantastic and a total knock-out and I adored it. I read it in two sittings, one snuggled up in the car from Silvy to Nottingham and the second on the journey from Nottingham back to Stoke-on-Trent and it is absolutely brilliant. I am so nervous to bring you this today but I cannot help but sing praises for this superb book.

Oliver Ryan is a handsome and charismatic success story. He lives in the suburbs with his wife, Alice, who illustrates his award-winning children’s books and gives him her unstinting devotion. Their life together is one of enviable privilege and ease – enviable until, one evening after supper, Oliver attacks Alice and beats her into a coma. In the aftermath, as everyone tries to make sense of his astonishing act of savagery, Oliver tells his story. So do those whose paths he has crossed over five decades. What unfolds is a story of shame, envy, breath-taking deception and masterful manipulation. Only Oliver knows the lengths to which he has had to go to get the life to which he felt entitled. But even he is in for a shock when the past catches up with him.

The first thing to point out is that I have not read a book with such a suitable title for a little while now but Unravelling Oliver works perfectly here. It is the book in a nutshell; we read through whilst unknotting the stories that lead to the terrible event that leads to us now. See, Alice and Oliver appear to have the flawless relationship. He writes terribly successful children’s books under a pseudonym and she expertly illustrates them. However, one evening, Oliver cracks and he hits Alice. He beats her savagely and without abandon. From this moment on we unravel the man that is Oliver from numerous and differing points of view and from different points in history. We begin to build the real picture of Oliver and the path that his life has taken and the relationships he has been a part of until we turn the final few pages and find out the final shocking secret.

This book is sublime; utterly riveting and unspoiled throughout. The first thing to mention is the outstanding writing style. From the very first paragraph, even the first line I knew I was going to enjoy this. The writing has a way of curling itself around you and pulling you so deeply into the plot you know you won’t be able to stop reading till the very, very end. The story weaves a number of strands that clot an overall perspective of Oliver woven from a discussion of his childhood, his relationships, his affairs and his dark and cold personality. These are told by people that know Oliver. However, the author juxtaposes this with Oliver’s own view of himself, a look into his own psyche and the differences are mind-blowing. I was continually on the edge of my seat trying to understand this character. You realise early on that Oliver is not going to be a character you admire, respect or like at all however you can’t quite stop yourself wanting, no, needing to know more about him. His speech his brutal, his ideals and his way of speaking often blunt and rude, he is a chilling but stunningly written character. 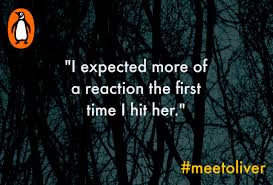 I don’t want to give too much away about the supporting characters because you meet them along the way and their subtle differences help to paint a more succinct picture of Oliver. They slowly, chapter by chapter tell us more and more about this dangerous character. Each is written with true style and strongly built character profiles. I could easily describe each of them one by one which is a testament to the authors ability to build characters but I’ll let you discover that for yourselves. In some ways this book is a thriller but for me it comes across more as a psychological drama. I thought the contrast between what the supporting characters gave away was done with maturity and an understanding of how to give the book pace but not leave the reader constantly in anticipation. Some of the reveals could be guessed however a number were truly shocking.

So, this book is not a happy read, no, not in the slightest but it was an all-consuming tale of neglect, hatred, and need. It moves fluidily pulling the reader deeper and deeper into the tale until the final pages have turned. Reading the epilogue which is a brilliant addition I realised that I had been holding my breath for some time and had to let all out at once. It deals with uncomfortable issues but it does it with such skill and understanding I could hardly believe this was a debut. A truly inspiring read that will stay with me a long time into the future: Definitely, definitely worth a read. 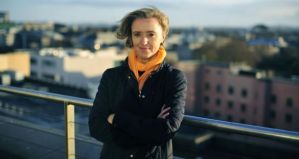