Some books in terms of reading ultimately prove to be a little bit of a struggle and that is definitely true of today’s book review. It’s an understatement to say that despite my strong early lead in reading and reviewing all things classic the last two have proven a little more difficult. It’s not that they are complex in terms of storyline or that the characters or the writing style are woefully written but instead it has been that the focus of the story has felt a little lost or muddled. However I’ve struggled through and the ending really pulled everything together especially with today’s review. Notably today’s review will also be a very positive one and a recommendation to everyone to read this rather sublime book.

David a young American in 1950’s Paris is waiting for his fiancée to return from vacation in Spain. But when he meets Giovanni, a handsome Italian barman, the two men are drawn into an intense affair. After three months David’s fiancée returns and, denying his true nature, David rejects Giovanni for a ‘safe’ future as a married man his decision eventually brings tragedy.

This book is a tale of longing, love, hope, despair, confusion, deceit and regret, with the book ultimately revolving around the ill-fated love triangle between David, Giovanni and Hella. Both David and Giovanni are beautifully described; Giovanni is a passionate, romantic Italian who wears his heart on his sleeve. He is both dark and brooding and comedic and flirtatious. David is more forthright with his want to quash his feelings for Giovanni (symbolised most strongly in the use of the room that they share together.) However he is also quietly passionate and insecure in himself as a person. David as the blurb states is set on having a safe future, notably not with Giovanni however he finds it difficult to convince himself that his feelings are false and the love that he feels for him is both blistering and sexually driven. The supporting characters although well described are fleeting and moved on quickly giving snippets of information and swatches of personality to colour the descriptions of Paris. Several of the secondary characters including David’s father, Jacques, and Guillaume take on a more dominant role and they are equally built with different character profiles.

So in terms of the writing it is incredibly elegant and self-assured simultaneously mixing the French and English language throughout adding not only a sense of style but also helps to place the writing straight in the bars of the back streets of beautiful Paris. The writing style is stunningly described and it builds beautifully pulling the reader through the seedy bars of Paris, the description mingling with the passionate dialogue between David and Giovanni. In terms of style it mixes the cold accurate eye of Bukowski with the the dreamy and starry-eyed style of Orwell. The imagery and symbolism is intelligently written seen most pivotally in the use of the room that to me symbolises David’s inability to express his true feelings that ultimately lead to Giovanni’s downfall. The love triangle is a constant pulling and pushing of the three, Giovanni desperate to escape the room with David, David’s want to escape his own sexuality but we see he cannot stop himself from wanting and needing Giovanni.

My only critique is that I found the beginning tough to get into. It was one those books where I read the first chapter but ultimately didn’t really take anything in, went back and started all over again. It took me a little while to really get submersed in the book at the start as it’s difficult to see where the plot is going and I found it difficult to get myself involved. However, the second half of the book really takes off and once I was through the start I fell for this book very quickly. The ending is stunning, heart-breaking, distressing and honest. It left my heart racing and a little emotional. It pulls everything together but the imagery and the symbolism leave everything unsaid. It’s an incredibly subtle but intelligent ending.

When choosing the books to review for my classics challenge I wanted to pick novels that would teach me about classic writing and the symbolism in this book is stunningly written. It’s something that I think you need to experience rather than me spelling it out to you so I’m going to leave it at that. The mixture of personal freedom and sexuality are mixed perfectly but subtly to create raw and honest book with a beautifully harrowing ending. 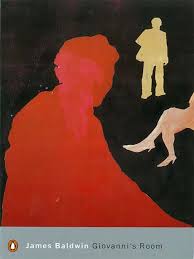