Good afternoon readers an incredibly exciting Q+A for you today. Recently I have become a bit of a Twitter devotee and I’ve been trying to use it as a tool to find new authors and converse with writers about their books. After posting my review of Vivian’s Couch I tweeted the author Michael Obiora and after a few messages we discussed the possibility of a Q+A and a guest posting. I had quite a few questions and in return Michael has sent some incredibly detailed and interesting answers.Thank you to Michael for being such a wonderful author to work with cannot wait to see more of your writing in the future!

1) Where did the idea of a therapists couch being the main host of the book come from? It’s an interesting premise was it so you could bring in such diverse character profiles?

Vivian was the anger management therapist of the protagonist in my debut novel, Black Shoes: Reality Check. Even though she wasn’t the lead in that story I started to fall in love with her. I enjoyed communicating through her. So I made a note to myself to have her as the lead in a future story. I also always liked the idea of attempting to tackle the challenge of writing through a female character. I knew it would be difficult because my style of writing is very much influenced by me being an actor – an is in I write through a character. As an actor you’re stepping into another person’s shoes. When I started writing I found it helped to apply this to my characters’. But the challenge for me when writing Vivian’s Couch was understanding that as a man, I don’t necessarily see everything in the world in the same way a woman does.

Vivian’s Couch was also an opportunity to explore the world of therapy – a world I’m familiar with as I saw a therapist when I was nineteen years old. The main idea was to show that no matter what we look like, how much money we have, whether we are famous, male, or female, we all have problems. We all need help at times. And therapy is still a taboo subject. I also wanted to use Vivian’s Couch as an opportunity to highlight depression in sports – athletes (and celebrities in general) are put on a pedestal and looked upon as superhuman, but with the football player character (Kieran) we get to see that his life is in no way easier than anybody else in the book.

Vivian’s Couch wasn’t necessarily ever meant to be about diversity. It’s set in London so it would have been unrealistic if the characters didn’t have different backgrounds. And for me, purely from a storytelling point of view, I can’t think of anything more boring than characters who all look the same. It doesn’t make sense to me. 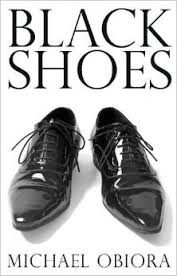 2) Some of the themes and events in the book are quite dark, was it always supposed to be quite a gritty book or was it something that came about as the plot progressed?

I didn’t set out to write a gritty story. But the fact that therapy is a huge theme in the book meant that inevitably it was going to go to dark places. Depression, mental health – these are dark subjects. As I continued to write of course the plot changed directions many times – as is always the way. So when I finally put it together I wanted to make sure that as well as being informative, it was entertaining – readers have access to so many other means of entertainment that one owes it to them to keep them interested. And I also wanted to make sure that as many people as possible could relate to it – and I’m so happy to say that I’ve received letters and messages from people of all backgrounds telling me that this is the case. It’s actually been quite emotional. So that’s where the grittiness came in – any story that reflects an aspect of real life is likely to have gritty elements.

3) Out of the main characters, who was your favourite of the bunch to write about and why?

My favourite characters in the book are Vivian and Rupal. This is because even though none of them are necessarily the leads, I think they have unique voices. Also, writing through them has made me even more determined to write through more female character’s. It’s a challenge, and I think I’ll be a better writer for it.

4) Is there anything in the book, now that it’s finished that you would change? Either a storyline ending differently or maybe some of the characters? It’s always nice to see whether an author still agrees with the final book as a finished piece.

I definitely wouldn’t change anything aboutVivian’s Couch – of course it could have been longer but I told the story I wanted to tell. And as the book doesn’t have a definite ending – which was deliberate because part of the message in the book is life goes on – hopefully readers can draw their own conclusions. I’m thinking of running a competition where I ask readers to write a chapter about what happens next!

With my first novel, Black Shoes, I re-published under my own imprint last year. That was five years after it was originally published, and the Reality Check version does have an alternative ending.

5) When I wrote the review I described it as a ‘real reflection of modern day life.’ Was this the main message of the story, being an almost fly on the wall style narrative. Or was it more a political message you wanted the book to convey seeing as diversity and discrimination do also feature in the book?

Thank you for describing the book in that way. I agree with that description. I wouldn’t describe myself as political person. I think you’d struggle to find a black person who sees mentioning race as being political. Race is something that affects me every single day because as a black man I’m unfortunately defined by the colour of my skin – and that has absolutely nothing to with me. I’m referred to as a “black actor,” where as Tom Cruise is an actor, not a “white actor”. So I think there will always be references to race in my contemporary fiction because as much as many people don’t want to admit it, it’s sadly still a very current issue. And frankly, I think it’s quite rare to get a black person’s perspective on it. Here in the western world, when we read about it in the papers, or hear about it on the news it’s very rarely being reported by a black person.

Also, if you notice in the book, Freddie and Rupal mainly open up about the discrimination they suffer while on the therapist’s couch, as opposed to in public. Over the last few years I’ve noticed more and more that discrimination is an issue that’s swept under the carpet – sometimes even by the victims. And that’s terrible. So I subtly wanted to put that in the book. For all you know, you have an ethnic friend who suffers from that type of abuse on a regular basis but doesn’t talk to anybody about it, and of course that’s tragic – how can we move forward if we don’t communicate?

I’ve also noticed that people get uncomfortable when talking about race – many white people are afraid of insulting an ethnic minority, and they actually seem to have a different idea of what racism is. Also, some ethnic minorities either don’t want to upset their white friends, or colleagues, or they think nobody understands so there’s no point.

So I feel I found a way to shoe-horn these issues into the book without scaring anyone away, and making them think, “this book is a polemic about race – I’m out of here!”

6) I’ve read that Vivian’s couch is a prequel to your first novel Black Shoes. I haven’t read the first book but was it something you wanted to discuss more when finishing the book or was it a planned endeavour?

Vivian’s Couch is the prequel to BlackShoes: Reality Check – there are crossover characters and interesting links. I never set out to write a prequel but as I was working on my second book I saw that I could find a way to link them together. They are both very different stories, though, and hopefully Vivian’s Couch readers will go back and read the first book now.

7) Finally, you are a talented actor, which would you rather be known first for acting or being an author?

I think I’m a better actor than I am writer at the moment, so if I had to choose I’d say I’d prefer to be known as an actor. But I’m more proud of my writing than my acting because I don’t find writing easy – it’s lonely, and takes a lot out of me. And I must say that I’ve never felt a greater sense of artistic achievement than I felt when I published my two books. Ultimately to be known for anything as an artist is a wonderful thing, so either way I’m grateful for how it’s all gone. It really makes me want to continue working hard every day.