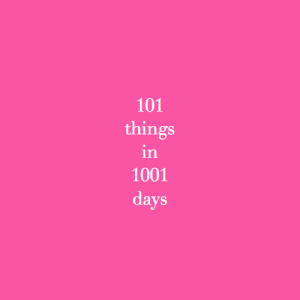 Afternoon readers, another 101 things in 1001 days post but also a book review. Since becoming more of an avid reader I have continued to manage avoiding reading many of the ‘classic’ pieces of literature. I’ve always been one to pick more contemporary writers and books and this has become more so because of my review requests page. However, when writing my list of things to do I thought it might be beneficial to me as a reader to sit down and read a number of classics. I did a little research and listed down a number to try so there will be a number of these reviews in the coming month. Today’s came to both ease me in and so I could read more from George Orwell. Although I enjoyed 1984 it hasn’t stuck with me as a book I need to read again I was intrigued to read more from the famous author. Thank goodness I did because this has just lodged itself in my top ten list of books. Let me transport you to the slums of Paris and London.

George Orwell’s vivid memoir of his time living among the desperately poor and destitute, Down and Out in Paris and London is a moving tour of the underworld of society from the author of 1984, published with an introduction by Dervla Murphy in Penguin Modern Classics. ‘You have talked so often of going to the dogs – and well, here are the dogs, and you have reached them.’ Written when Orwell was a struggling writer in his twenties, it documents his ‘first contact with poverty’. Here, he painstakingly documents a world of unrelenting drudgery and squalor – sleeping in bug-infested hostels and doss houses of last resort, working as a dishwasher in Paris’s vile ‘Hôtel X’, surviving on scraps and cigarette butts, living alongside tramps, a star-gazing pavement artist and a starving Russian ex-army captain. Exposing a shocking, previously-hidden world to his readers, Orwell gave a human face to the statistics of poverty for the first time – and in doing so, found his voice as a writer.

One word to describe this book is grubby although that wouldn’t come close to convey the lyrical writing style of this wonderful book. The book follows Orwell as he struggles to find his feet in the back streets of firstly Paris and in the second part of the book also London. Largely autobiographic the book documents Orwell living in the bowels of a number of different hotels in Paris. Sweating over the hot stoves and desperately washing pots and pans for his superiors we get to visit poverty from a real life perspective. We learn about the lack of hygiene in the smartest of Paris hotels and the everyday poverty that Orwell faced, often both starving and exhausted. The writing is beautifully written, both romantic and utterly gritty I was immediately transported to the dirty soiled hotels of Paris.

The characters are incredibly well built, Boris is the star of the first part of the book that focuses on Paris. He leaps from the page both in his speech and the way in which Orwell describes him, but no matter who we come into contact with along the way Orwell gives us so much detail you cannot help but be transported to the poverty stricken streets. The second part of the book takes us to the dreary roads of London where Orwell intermingles with the tramps of the city and tells a similar story. However the book is lively and Orwell describes the camaraderie of the two cities with a bohemian style of love and freedom. The writing style is dark but humorous, from the descriptions of the grimy sharing of rooms with a vivid number of characters to the boarding houses and homeless hostels named spikes in London. Although gloomier in London the tales are none the less both interesting and informative. I have never read a book quite so good at describing the atmosphere of poverty, hunger , dirt and dismay with so much hope and understanding.

We also often get a philosophical side to the writing, often razor sharp and riddled with humour which is rather surprising seeing the desperate situation of the author and the people he finds himself in the company of. The book is written as though Orwell was alive and well now, telling us these stories of characters such as Bozo the street screever or pavement artist in the most destitute of situations and yet so hopeful for the future. Or Paddy the tramp who even when suffering with the most stomach turning of hunger refuses to steal a bottle of milk from a doorstep. It is quite a wonderful way of telling a tale and on the train to Milton Keynes I became utterly submerged in the story from the very beginning.

Overall this is a tale of poverty, hunger, destitution and pain but it is a wonderfully honest and uplifting tale. Orwell brings these people and stories to life with such beautifully honest prose that I almost felt the stony floors of the London spikes and the drunken tales from the Parisian bars. A stunner of a book and one I cannot wait to read again. 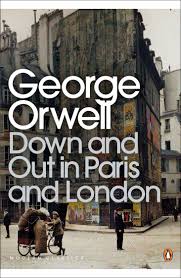